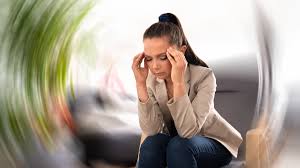 Suffering from vertigo is an awful thing to deal with. Some people mistake it for just feeling dizzy and light-headed, but it’s much more than that.   The vestibular system is the link between our inner ear and our brain. This intricate system is responsible for our ability to balance. More specifically, it gives us the ability to walk over unsteady grounds, and sends a signal to our brain when we are moving that helps us understand the distance traveled and spatial orientation (especially in the dark).  As we age, certain aspects of this delicate system may deteriorate, which can lead to severe consequences, such as falls. After the age of 40, the risk of vestibular dysfunction increases by 30%.

When a disease or injury damages this system, you will have a vestibular disorder. Symptoms can affect your balance and cause dizziness. However, it can also cause problems with your hearing and vision. These symptoms (which vary from person to person) can come on without warning and it can take a day or two for the symptoms to disappear completely. Attacks can happen in clusters, several times in a week or may happen more sporadically.

This age-related decline has a major impact on our health care resources, as well as increases the risks of morbidity and mortality in the elderly. Falls account for over 50% of all accidental deaths in the elderly. The cost associated with treating non-fatal patients after a fall puts a stress on our healthcare system. While broken bones from falling can lead to a loss of independence, the loss of life is the greatest risk these patients face.  Older adults with vestibular impairment are at a significantly greater risk of falls at 80%.

The most common disease affecting this system is called Benign Paroxysmal Positional Vertigo (BPPV). This disease gives you the unexpected feeling that you are spinning or swaying. This happens due to tiny calcium crystals moving to your ear canals- where they don’t belong. When these crystals move, it tells your brain you are moving, even though you’re really not. This condition can be treated with specific head movements that a doctor would guide you through. These movements put the crystals back where they are supposed to be.

The other common cause is vestibular neuritis, which is a viral infection of the inner ear nerves. This nerves carries information to the brain about head position and balance. As a result, symptoms of vertigo are present.

How to Ease a Vertigo Attack:

The symptoms of vertigo are experienced differently from person to person, especially depending on what is causing it. The elderly are at the greatest risk of falling and causing serious harm to themselves due to the balance issues vertigo causes. When symptoms arise, it is important to sit down to avoid injury and most specifically, death due to a fall. Speak to your health care provider or hearing specialist for treatment options associated with vestibular loss.

Get an understanding of your hearing loss with a comprehensive evaluation.

The Latest From
Our Team

Classroom Noise and Its Effects on Teacher’s Hearing Health

Luc Gilmour, Owner and HIS at Discover Hearing Centre

14-Day Try Before You Buy at Discover Hearing Centre

This is Your (5) Sign(s) to Upgrade Your Hearing Aid!

Call or text our office if you have any questions about your hearing loss or anything else related to hearing. We are happy to help and answer any questions you may have.